It was 50 years ago when a combination of youth and experience wrote a glorious chapter in the history of Indian cricket. Triumphs in the West Indies and then England gave a new direction to a team that had a debutant – Sunil Gavaskar – and a veteran – Dilip Sardesai – setting new benchmarks. Incisive spells by B. S. Chandrasekhar at Kennington Oval (London) and Salim Durani at Queen’s Park Oval (Port of Spain) left an indelible mark as India scripted incredible victories.

After a sensational aggregate of 774 runs in four Tests in the West Indies, Gavaskar was hailed as one of the premier batsmen in world cricket. In England, he came up with a gem at Old Trafford, playing the best innings of his career – a 57 that was a classic piece of batsmanship. In this interview with Sportstar, he tells us why the 57 (off 129 balls) is above all the Test innings he played and reflects on the two tours.

Your memories of the pre-tour departure? How was it to be going to England for a Test series?

The pre-tour preparations were pretty non-existent as it was the early part of June, and the weather was not conducive to even get some net practice.

It was very early in your career. How confident were you, and were there any apprehensions?

After a good tour of the West Indies, I was quietly confident but also aware that English conditions are vastly different than West Indian conditions and adjustments would have to be made.

Did you consult any former cricketers/coaches on how to tackle the English conditions?

Oh yes, I talked to several like Polly Umrigar, Vijay Manjrekar, Vinoo Mankad (who was my college coach), Bapu Nadkarni, Nari Contractor, Madhav and Arvind Apte, to name a few but above all, to the then chairman of selectors Vijay Merchant, who had two outstanding tours of England in 1936 and 1946. All gave me sound advice and encouragement.


India’s Tour of England: A new low in Nottingham for the host

The length of the tour – from the last week of June to the first week of September – must have been demanding. How did you cope with it?

Well, we were playing pretty much six days a week with the county games with only the Sundays off. So, it was something none of us was used to. Since it was the first trip to England, it was quite enjoyable as we had a great bunch of boys led by a superb skipper.

India played eight tour matches before the first Test. How helpful was it?

The tour matches were most useful as we got used to the weather and pitches. So, we were better prepared. Players got the time to get into form, and the matches between the Tests helped those not playing the Tests make a case for themselves for selection. It also gave out of form players game time to get back into form.

You got out to John Price cheaply in the first innings of the first Test, but a 53 in the second innings must have been very assuring. Your memories of that knock?

Getting runs is always a good feeling. We were looking for a win, and (Ajit) Wadekar had smartly promoted Farokh Engineer up the order, and we had a good partnership and were coasting till Farokh got stumped.

The match was evenly poised when rains called a halt to proceedings. Ekki played with great composure and ensured there were no alarms.

How did India allow England to recover from 71 for five in the first innings of the first Test at Lord’s?

A deliberate move: Sunil Gavaskar (centre), going for a quick single, was knocked flying by England fast bowler John Snow during the final day of the first Test at Lord’s on July 27, 1971. “He quite deliberately shoved me with his elbow and that sent me sprawling. So that certainly wasn’t on,” Gavaskar says.   –  The Hindu

The Snow incident (English fast bowler John Snow knocked over Sunil Gavaskar while going for the ball as Gavaskar went for a quick single)… Was it blown out of proportions because you had said, “it was one of the things?”

No. It wasn’t blown out of proportion because he quite deliberately shoved me with his elbow, and that sent me sprawling. So that certainly wasn’t on.

What was blown up was him tossing the bat back at me, which was made out to be him throwing it or flinging it and all such things. I have met him a few times after that, but not in the last maybe 15 years or so. A masterclass: Sunil Gavaskar in action during the second Test match in Manchester. The Indian opener scored a magnificent 57 in the second innings. “I have always said that the 57 at Old Trafford in 1971 is my best Test innings. It was a real green top where, from the team balcony, you couldn’t distinguish between the pitch and the rest of the outfield,” Gavaskar says.   –  The Hindu

Your 57 in the first innings of the second Test was a work of art, and you rate that innings very high. Why? Would you say it was your best innings? Or was it the 121 in Delhi against the West Indies?

I have always said that the 57 at Old Trafford in 1971 is my best Test innings. It was a real green top where, from the team balcony, you couldn’t distinguish between the pitch and the rest of the outfield. There was a slight drizzle that was freshening up the pitch, and the wind was biting cold. John Price bowled a spell that is among the fastest I have faced, and I say that because as a 21-year-old, my reflexes were sharper than later. My dismissal was where I was looking to leave the ball, but it bounced and kissed my gloves with the bat raised, and Alan Knott collected it as it was still rising, which tells you how quick it was.

India made history at the Oval, winning the Test match by four wickets…

That win is still etched in my mind. Despite conceding a lead in the first innings, we were brought back in the game by Chandra’s unplayable bowling and Wadekar’s shrewd captaincy. If you see England dismissals, they were all catches in front of the stumps with Ekki (Solkar) again brilliant, or bowled, so the umpires didn’t come into play at all to rescue England as they had in the first two Tests.

Wadekar’s field placings were immaculate, and giving Bedi just one over in which he got the troublesome Underwood out and then giving the ball back to Chandra was a masterstroke. Chandra just ran through the rest in a matter of overs. There was a good partnership between Wadekar and Sardesai that steadied the innings after the dismissal of us openers. The next morning, Engineer and Vishy (GR Viswanath) took us within a stroke of a famous and memorable victory. The scenes below the balcony are still unforgettable as the Indian supporters went delirious with joy.

Did Snow play on your mind because you got out to him in both innings of the third Test?

John Snow was a top-class bowler, and he could move the ball both ways at speed. Just before he knocked my middle stump out of its socket (in the first innings), a black dog had entered the field and stood behind me. I am a bit better now with dogs, but back then, I was petrified of them. However, it was not the dog but a vicious inswinger that bowled me the very next ball after the dog was removed off the field. In the second innings, it was the umpire who got me. I shouldered arms to a ball that clearly pitched outside leg stump, and he [the umpire] gave me out leg before wicket when the ball struck my left pad, which was outside the leg stump too.

I think the Oval win was a turning point in India’s cricket history. Would you agree?

That’s for historians to decide, but it is still a proud moment for me to have been lucky to be part of that side. Chandra was simply unplayable (2 for 76 and 6 for 38). The English had a little clue which way the ball would turn. Dilip Sardesai played two vital knocks (54 and 40) in the Test, and it was his partnership with Wadekar that saw us through the danger that Snow and Price provoked. Besides that, he, with his good humour and jokes off the field, kept us in high spirits, especially on the long coach rides between the counties. Ashok Mankad was another who, despite not getting runs, was invaluable with his sense of fun.

How did you celebrate the series win?

In the dressing room, we were presented a bottle of champagne by the hosting association (Surrey County). We all – the 16 – got just a sip between us from that one bottle, but what a tasty sip it was.

Playing four tour matches after the third Test. Was it a bit strange?

That was how tours were then, for we had to play just about every county. However, that allowed me to get to 1000 runs on the tour and start a friendship with Imran Khan, who was playing for Worcester at the time. He was a teenager then and not as quick as he was to become after he filled out later.

How did the West Indies tour and triumph at Port of Spain prepare and contribute to your success in England? Also, were you under pressure because of the 774 in the debut series?

Beating the West Indies under the one and only Garry Sobers had boosted our morale no end, and that could be seen in the way we held our nerve on the final day to triumph at the Oval. Pressure? For a 21-year-old? Na, that was to come later after stalwarts like Wadekar, Sardesai, (Mansur Ali Khan) Pataudi (ML) Jaisimha, Salim Durani retired, and the batting relied mainly on GRV (Viswanath) and me. 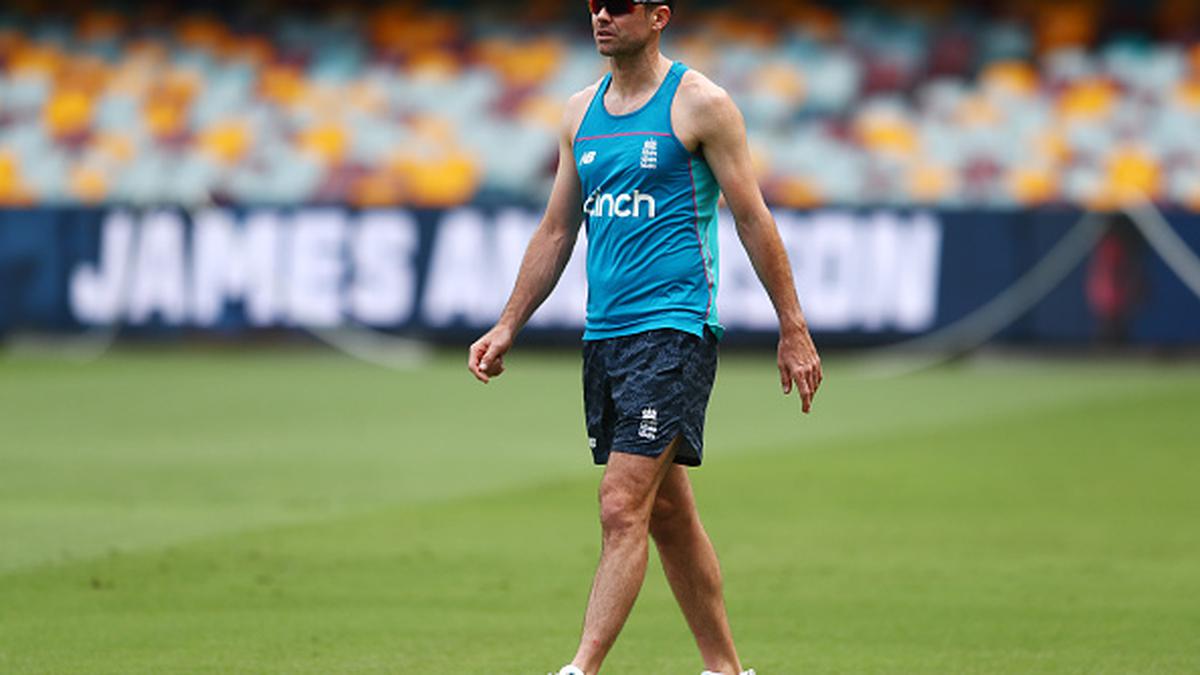 England’s Anderson out of first Ashes Test with calf strain