SAN FRANCISCO: Last year, a startup called Party Round announced itself with a flurry of memes. For months, amateur investors had been going gangbusters, buying up stocks, cryptocurrencies and digital art known as NFTs. But getting in early on the next hot tech startup was still a professional’s game. Party Round’s big idea was to let startups easily raise money from family members, former co-workers, bosses and others in their networks.

“Invest in friends,” Party Round’s tagline urged ahead of its introduction

For a while, it was fun. The tech industry soared to record heights during the pandemic, and Party Round rode the frenzy with self-aware marketing stunts that poked fun at and celebrated startup culture. There was a venture-capital-themed puzzle with corresponding NFTs and a game called “Burn the Runway,” where players killed startups by spending all their money on silent retreats and Teslas. In one stunt, Party Round paid a woman $50,000 to quit her job at Facebook and start a company focused on cryptocurrency literacy.

Then the party abruptly ended. Russia invaded Ukraine. Inflation soared. Tech stocks crashed. Crypto crashed harder. Funding dried up. Startups began laying off workers and cutting costs. Investors who had cheered on the exuberant market switched to ominous warnings about a downturn. The woman with the crypto startup got a job.

“Party Round is now Capital,” the company announced this month.

With the new name, the company moved into banking services. It plans to trade absurdist marketing campaigns for something more practical — a co-working space that its customers can use in New York.

It is one of a growing number of signs that the startup world’s season of unbridled euphoria is really, truly over. Technology was largely immune to the pandemic’s economic devastation, and many in the industry had hoped the current slump would be a momentary reset. But after months of funding declines, layoffs and cost-cutting, the realisation that startups are stuck in a sustained, gloomy, no-fun downturn has finally set in.

“Founders are starting to see the writing on the wall,” said Angela Lee, a finance professor specialising in venture capital at Columbia Business School. For years, market observers have predicted a downturn that never arrived, she said. Now, “we’re finally right.”

Between July and September, startups around the world raised $81 billion, a 53% drop from the same period a year ago, according to Crunchbase. It is the largest such decline since the site began tracking funding in 2007. More than 700 startups have laid off 93,000 workers this year, according to Layoffs.fyi, which tracks job cuts at startups. Over the past two weeks, weaker quarterly results at big tech companies, including Snap, Meta, Amazon and Microsoft, sent the broader tech industry spiralling further downward.

Techies are optimistic by nature. And some companies, including those focused on artificial intelligence and climate tech, have managed to whip up a modicum of hype. But at TechCrunch Disrupt, an enormous startup conference in downtown San Francisco this month, speakers urged founders and tech workers to accept reality.

“The next few years are going to be a lot harder, and there will be less resources,” said Sheel Mohnot, an investor at Better Tomorrow Ventures.

“You can’t keep doing what you were doing last year and hoping for the same results,” said Vieje Piauwasdy, a director at the equity planning provider Secfi. “The market has changed. Everything has changed completely.”

Thejo Kote, founder of Airbase, a provider of financial software, said many startups “are either moderately overvalued, very overvalued, or you’re in La-La Land and you haven’t realized that yet.”

“We’re going back to fundamentals now, which, I think, is good for everyone,” concluded Kara Nortman, an investor at Upfront Ventures.

The term “party round” itself once had a bad reputation in tech. It describes instances where a startup raises small amounts of cash from a large number of investors. If things went badly, industry leaders argued, none of the company’s many investors would step up and help.

“No single investor cares enough,” Sam Altman, a tech investor and founder, wrote in a blog post criticizing the practice in 2013.

“Everybody assumes that somebody else is playing parent,” Mark Suster, an investor at Upfront Ventures, wrote in 2011.

But the last decade of tech prosperity, growing valuations and an expanding pile of capital earmarked for startups has changed attitudes, taking the party round from stigmatised to something to brag about. And new entrants like celebrities, athletes, midlevel tech execs or your allergist all sought to join the party.

Services with names like Pump and Cabal sprang up to help founders manage their expanding pools of investors. And of course, Party Round, which raised $7 million in funding from more than 50 investors last year, valuing it at $50 million.

“The best companies in every single category are all doing quote unquote party rounds,” Hays said in an interview when Party Round opened last year.

AbstractOps, a software provider, announced in February that it had raised $8 million from more than 300 individual investors. In a blog post, its CEO, Hari Raghavan, said the investors would be evangelists for the company. “They’re the Silicon Valley equivalent of celebrity influencers!” he wrote.

In a message, Raghavan said his array of angel investors had been helpful, but adding professional investors to the company’s board earlier could have helped with accountability.

“We might have confronted harder questions sooner, ahead of — instead of during — a market downturn,” he said.

On the app Pump, founders shared updates about their business victories. Their followers, mostly investors, could tap a rocket ship emoji to give them a “pump.”

“Your investors want to hear about your wins all day,” Jay Azhang, one of Pump’s co-founders, said in an interview last year. Investors are more eager to help the companies they’re most excited about, he added.

This summer, Pump’s lawyers warned the company that its name was a regulatory risk (too reminiscent of “pump and dump,” a form of investment fraud) as well as a trademark risk, Azhang said. So Pump became NextRound.

Despite the rocky market, Azhang is confident NextRound can raise its own next round of funding. The company recently focused its efforts on helping startups raise money from cryptocurrency investors, including a product that provides legal protection to the creators and owners of crypto projects. That option costs money, which Azhang expects investors will find appealing.

“It’s the first time in my entrepreneurial career that I’ve ever charged for anything,” he observed.

Recently, at least one party round has gone bad. Haus, a liquor startup that described itself as “Glossier for alcohol” — a reference to the popular cosmetics startup — raised $4.5 million from 10 funds and more than 100 individuals. This year, the company announced that its lead investor had backed out of a deal. The company was forced to liquidate and sell its assets.

Helena Price Hembrecht, one of Haus’ co-founders, said there had been “a million points of failure” ranging from the market downturn to the fact that many large venture funds are not allowed to back alcohol companies. Having many small backers meant that when her lead investor pulled out at the last minute, “no one necessarily has enough skin in the game to get you out of that situation,” she said.

Price Hembrecht, who has worked in tech for over a decade, said the industry’s stubborn optimism can create challenges in times like these. “Looking at things for what they are is a difficult thing to do, especially for all of us in Silicon Valley,” she said. “We’ve all put so much into this but a lot of us have never seen a downturn.”

At Party Round, the people in charge of the viral marketing gags and memes at the company are now making “Nike-style” promotional videos about its customers. But Hays said he expects to revive the brand at some point.

Like many in tech, he saw how quickly the industry recovered from the initial shock of the pandemic in 2020. Now even with the gloom, venture capital firms are sitting on enormous sums of capital. That money will have to be invested in startups. 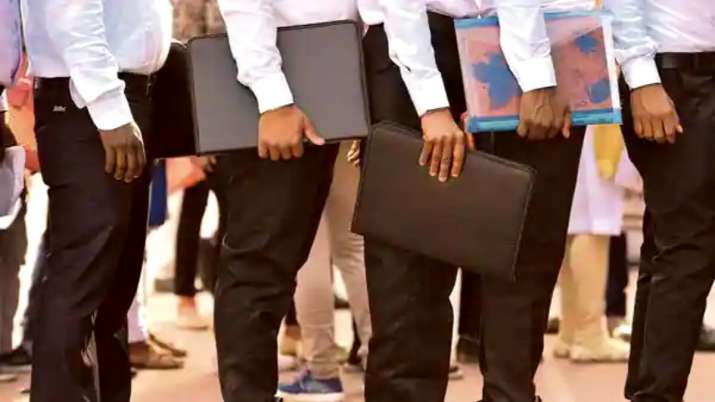