Rhea Kapoor and Karan Boolani surprised fans with their hush-hush wedding on June 14. The couple has been sharing priceless moments from their nuptials and Sunita Kapoor posted a regal family picture on Instagram. The picture captured the newly weds posing with their immediate families. Harsh Varrdhan Kapoor was seen posing with his mother Sunita while Sonam Kapoor and Karan’s sister Karisma sat down for an epic picture. 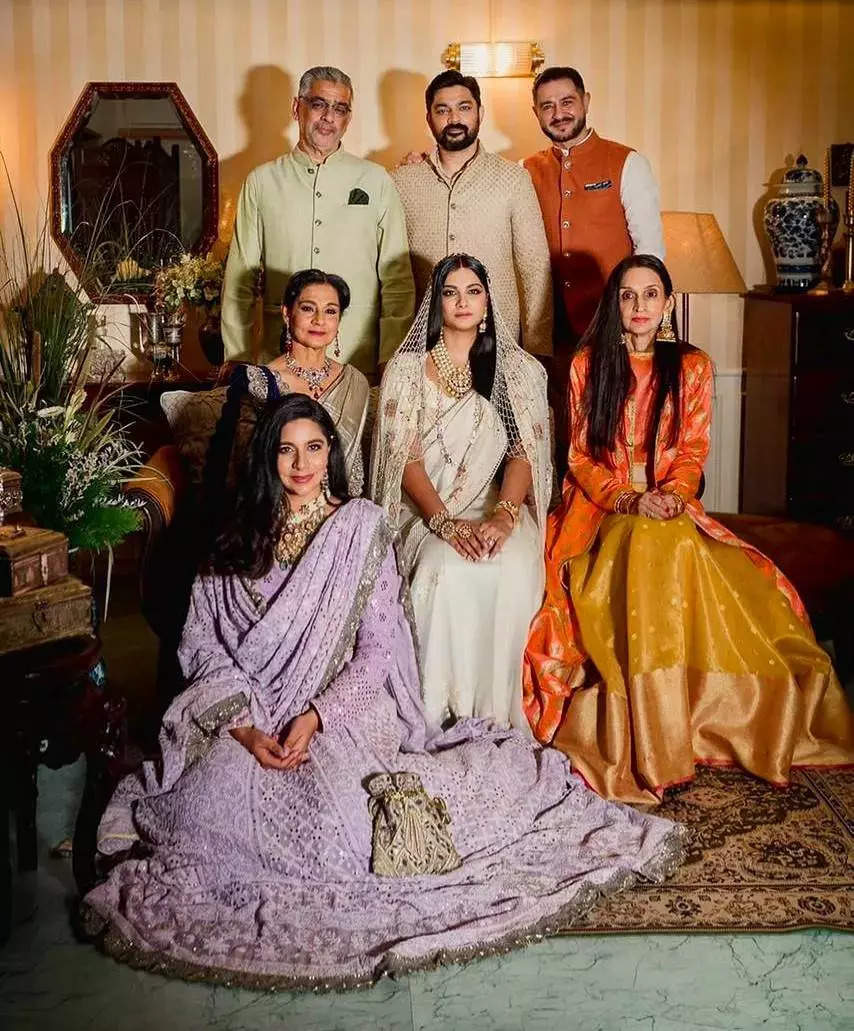 Blessing the newlyweds, Sunita Kapoor wrote, “To my princess ..and my son Karan.. Love is just a word , until someone comes along and gives it meaning.. I wish you both never stop being amazed by each other , and never stop falling in love with each other.. May your life and home be always filled with happiness.Love you both.” Welcoming Rhea Kapoor to the family, Karishma had also shared a family picture and captioned it, “The most important thing in the world is family and love.”

A day after their wedding rituals, Karan had shared on Instagram, “Yesterday we made it official to the world… but you and I have been ride or die for over a decade and for that i would like to thank four people who have given me a crazy amount of love, respect, encouragement and constant collaboration. First is a film producer, the second is a fashion stylist.. the third is the mother of my daughter lemon and the fourth is the finest cook to have performed miracles in a domestic kitchen..and their names are Rhea Kapoor. To the best decision I’ve ever made. Here’s to us and everything that awaits us together.” While Rhea had also penned a loving note for his husband on Instagram and shared, “12 years later, I shouldn’t have been nervous or overwhelmed because you’re my best friend and the best guy ever. But I cried and shook and had stomach flips all the way through because I didn’t know how humbling the experience would be. I’ll always be that girl who had to come home to juhu at 11 pm before my parents fell asleep. Only until now I didn’t know how lucky I was to feel torn. I hope we make a family so close that we have many, many loves of our life.”