The legendary trio of Jeremy Clarkson, Richard Hammond, and James May hit the roads once more in a new season of their celebrated show, that premieres this week on the platform

Streaming on the platform this week is The Vigil written and directed by Keith Thomas and starring Dave Davis, Menashe Lustig, Malky Goldman and Lynn Cohen in key roles. Rooted in Jewish culture and mysticism, The Vigil is a supernatural horror film set in a unique world.

Also, join the legendary trio Jeremy Clarkson, Richard Hammond, and James May as they hit the roads in their swanky cars to explore the beauty of Scotland. Named as The Grand Tour Scotland ‘Lochdown’, the third feature-length special part of The Grand Tour Season 4, which has been shot during the lockdown, comes to Amazon Prime.

Disappearing in the 21st century sounds like a distant dream. Right? Maybe not! Join the thrill as eight celebrities including Simone Barbato, Carlo Biffani, Kofi Danquah, Lorenzo Faletra and others try to go unnoticed for two weeks with limited financial resources and a crack team of some of the world’s best investigators trying to hunt them down in seasons 1 and 2 of Amazon Original Celebrity Hunted: Caccia all’Uomo.

Also coming this week is an interesting medley of science and drama in Roswell, New Mexico Season 3 starring Jeanine Mason, Nathan Parsons and created by Carina Adly MacKenzie. Aliens with unerathly abilities live undercover among humans. The drama unfolds with a violent attack that points to a greater alien presence giving birth to politics of fear and hatred threatening to expose them.

Watch the inspirational true story of a businessman turned spy in The Courier. In the shadow of a cold war, a businessman is recruited as a spy. Witness his interesting struggle as he along with his Russiona sources try to put an end to the Cuban Missile Crisis. Starring Benedict Cumberbatch, Merab Ninidze and Rachel Brosnahan, the film is written by Tom O’Connor and directed by Dominic Cooke

Highlights of the week

Rooted in Jewish culture and mysticism, writer-director Keith Thomas’ electrifying feature debut, The Vigil is a horror story based on a man’s journey of providing overnight watch to a deceased member of his former Orthodox Jewish community who finds himself opposite a malevolent entity.

Centers on a town where aliens with unearthly abilities live undercover among humans. But when a violent attack points to a greater alien presence, the politics of fear and hatred threaten to expose them.

Follow Jeremy, Richard, and James, as they embark on an adventure across the globe, driving new and exciting automobiles from manufacturers all over the world.

Five independent stories centering on the theme of isolation, this one is a journey encapsulating isolation in COVID times with a pinch of humor.

Celebrity Hunted is a real life thriller where celebrities go on the run from a team of expert hunters. Italian version of the UK show “Celebrity Hunted”, this series features celebrities who try to go unnoticed for two weeks with limited financial resources and embark on a journey which will keep the audience hooked till the last minute.

The adventures of a community fireman, Sam as he risks his life and saves the Welsh village of Pontypandy, chronicled in a light hearted series.

The four colourful Teletubbies play in the idyllic Teletubbyland. They revel in fun, infant-pleasing activities such as rolling on the ground, laughing, running about, and watching real children on the televisions on their bellies.

Cold War spy Greville Wynne and his Russian sources try to put an end to the Cuban Missile Crisis in this riveting drama. 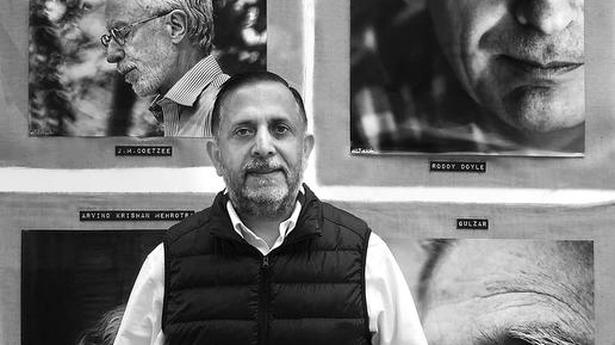