RANCHI: The flood situation in Sahebganj worsened on Thursday after rising waters of the Ganges river inundated one more panchayat and partially affected two more panchayats, which, in turn, affected close to 21,000 people.
Meanwhile, the Ranchi office of the India Meteorological Department on Thursday predicted light to moderate showers across Jharkhand on Friday.
It also predicted that the state’s north eastern districts, including Sahebganj, will have scattered rains (15.6 mm – 64 mm rain) in the next 24 hours.
The district administration deployed two units of the National Disaster Response Force personnel, one unit comprising 25 men each, in Sahebganj and Rajmahal blocks for evacuating affected residents from their inundated houses and their livestock.
Statistics assimilated by the administrative officials said a total of 2.65 lakh people were affected by the flood.
“The extent of the damage can only be evaluated once the water levels receeded,” Sahebganj deputy commissioner Ram Niwas Yadav told TOI over phone. As many as three people, including two infants, have died by drowning so far.
Chief minister Hemant Soren, who was camping in Patna village in Barhait assembly constituency of the district, also huddled the district officials on Thursday to take stock of the situation.
Soren, who took an aerial tour of the flood-affected areas on Wednesday, on Thursday directed the officers to ensure that the affected families are provided with dry ration and cooked meals.
As many as 10 of the 74 relief camps were occupied in the district as on Thursday, each of them having approximately 70 people. Flood-affected families were being provided 25 kg rice, milk and dry fodder for those who had livestock.
The Central Water Commission (CWC) said the water level at the Ganges was at 28.90 meters as of 6am on Thursday, which was higher than the danger level of 27.25 meters.
“Several points along the river’s course such as Buxar Ghat, Patna, Hathidaha, Munger and Kahalgaon have recorded water levels above the danger mark,” CWC said.
Yadav said the district administration was drawing comfort from the fact that CWC had predicted a gradual decrease in water level from Friday onwards. 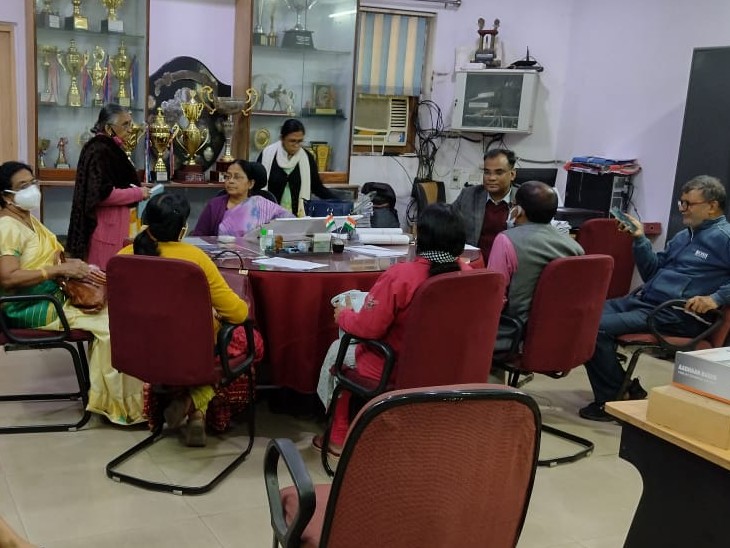