Ranchi: Bharatiya Janata Party’s (BJP) state chief Deepak Prakash on Friday announced that the party functionaries will form human chains in 264 blocks and three cities — Ranchi, Jamshedpur and Dumka — of the state to protest against the atrocities being committed by the incumbent Hemant Soren government.
“The state has earned a bad name in 19 months of the mahagathbandhan government’s governance. The farmers have not got their minimum support prices, the youth have not been given employment, the law and order scenario of the state has worsened and the government has shattered records when it came to lodging false cases,” Prakash claimed at the party’s state headquarters here.
“To protest these, our workers will form human chains across all the 262 blocks. We urge people from all walks of life, who have been affected by this government’s misgovernance, to join us,” he added.
Prakash also announced that the BJP will knock the doors of the Enforcement Directorate and the Income Tax department and seek a probe into the recent government decision to hand over the stocking and distribution of India Made Foreign Liquor (IMFL) to a consortium of businessmen from the state-run Jharkhand State Beverage Corporation Limited (JSBCL). “We are aware that a lot of shady deals have taken place before and after the decision was made,” Prakash claimed.
Unfazed by JMM’s criticisms, Prakash sided with Marandi’s press advisor Sunil Tiwari. “The case against Tiwari is fake. There is also a case against incumbent chief minister Hemant Soren. The investigation of both the cases should be handed over to the CBI or to a sitting judge of the high court,” Prakash said. Earlier in the day, Prakash and Marandi met Governor Ramesh Bais and sought his intervention in the matter.
Speaking to reporters after the meeting, Marandi responded to JMM’s allegations. “I have been overseas a few times. If the state government smells something fishy, then they can initiate an investigation,” he told journalists. 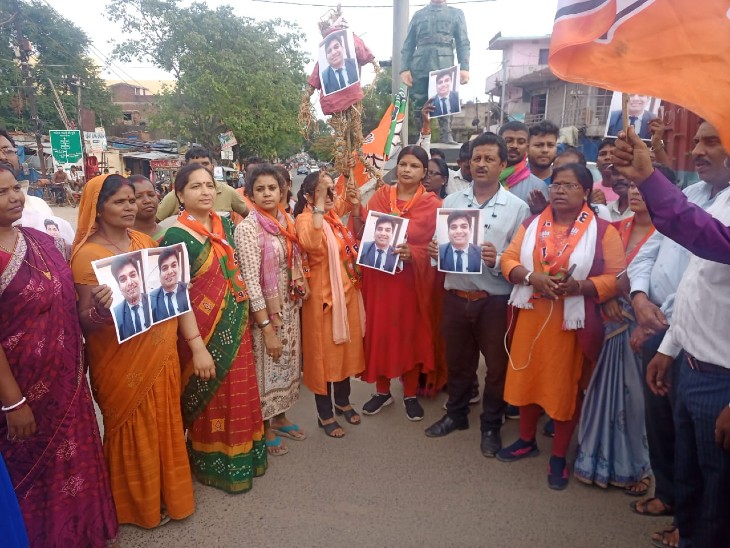