(With Pic)
Kanpur: District magistrate of Auraiya hoisted the national flag upside down on Independence Day on Sunday, but claimed it happened during a trial.
The incident came to light after a video clip of the incident went viral on social media.
In the video, Auraiya district magistrate Sunil Kumar Verma could be seen hoisting the flag wrongly and people singing the national anthem at Kakor headquarters of the district.
In the hoisted national flag, the upper band is green, the middle white and the lower strip saffron. After hoisting the flag upside down, the DM’s subordinates also raised their hands to salute it. However, they too could not identify the colours of the national flag properly.
The DM, however, said, “We were practicing flag hoisting. At that time, the tri-colour was turned upside down by mistake. This happened at around 7:45 am. Later, the flag was straightened and hoisted officially at 8:00 am. The local media took out the photos and videos of the initial mistake and deliberately put them on social media.”
To a question whether any such trials are held before hoisting the flag, the DM said, “My mistake was that I was doing the trial myself. Had someone else been doing this in my place, it would not have been such a big issue. This is a deliberate mischief wherein the tri-colour was turned upside down, and I have sought clarification from the staff in this regard.” 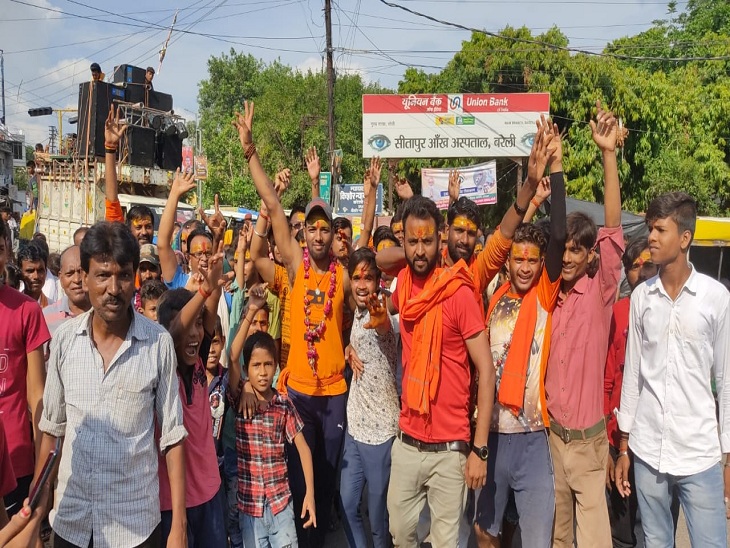