The verdict on lists like the Hurun India Art report may be mixed, but they stimulate discussions that deserve priority — from royalties for artists to how technology can help track resales

The third edition of the Hurun India Art List was released last week. Technically, the artist who topped it this year as well, Anish Kapoor, with sales worth ₹20.64 crore at public auctions last year, doesn’t even live in India. The London-based sculptor’s conceptual work has made it to the Venice Biennale and the Royal Academy of Arts (the first living artist to be given a solo there), and he has won renown with landmarks such as the Cloud Gate in Chicago and Britain’s ArcelorMittal Orbit. Interestingly, there’s no mention of Hurun on his social media. One wonders if it matters to him or if he is even aware of it.

Many artists are not. When I reached out to Vasundhara Tewari-Broota, whose husband Rameshwar Broota is number three on the list, she was surprised. “He is not someone who looks at these lists,” she tells The Hindu Weekend. How about the news that she has clocked in at number eight on Hurun’s Women Artists’ list? “It is a pleasant surprise,” smiles the artist, whose figurative paintings explore the psycho-political existence of the female body. But she quickly adds that “it brings me back to the old argument: the artist never gets a share in these astronomical sales [that puts them on these lists in the first place]. They have usually sold the artwork long ago for a sum that looks meagre when placed next to the current auctioned price, which is usually in crores of rupees.”

This is just one of the uncomfortable questions that lists such as Hurun’s (which draws its data from online resource artprice.com) bring up. Do rankings affect how galleries showcase artists or how collectors invest in artwork? Does knowing where the artists are from — West Bengal contributed the most number in the list (10 entrants), followed by Kerala and Maharashtra — help, beyond making good headlines? Most often, it’s a no. “Anish Kapoor is represented in our international Post War and Contemporary auctions across the globe,” says Deepanjana Klein, International Head, Department for Contemporary Indian & Southeast Asian Art at Christie’s Auction House. “His price points are very different and do not reflect the Indian art market or have an impact on it, as the majority of his works are bought mainly by international collectors.”

But before we get to the questions… do these lists matter? Many come out each year, from Forbes to Time to Business Standard. Internationally, Shanghai-based Hurun Report, the wealth research firm, puts out several — from rich lists and top philanthropists to global art top 50s. But do artists and collectors care about them? “I don’t know who actually looks at them,” says Ashvin E Rajagopalan, co-founder of Chennai-based Ashvita gallery, stating that Hurun India’s numbers are off. “I don’t know what their source of data is. If it is public auctions, then Krishen Khanna sold more than ₹6.87 crores last year!” Meanwhile, Sharan Apparao, of Apparao Galleries, says, “Seasoned collectors don’t refer to lists when buying high-end art, and it’s not important to artists either because their prices aren’t controlled by these.” One of the few she looks at is ArtReview’s Power 100 in the Art World (and that too, occasionally).

What such lists can do, however, is be conversation starters. For example, about the need for royalties in the art world. “Artists don’t really benefit from auction sales, not directly at least,” says Anjolie Ela Menon over the phone from her studio in Nizamuddin. Incidentally, the 81-year-old contemporary artist, whose solo show, By The River, is on at the AICON Gallery in New York, is number eight on the Hurun (compendium) list. “Just before the pandemic, we were proposing the formation of a board that would oversee issues of 7% royalties to the artist of every auction sale, authentication and other such matters. But because everything shut down, it got halted and I doubt it will be formed any time soon.”

Menon points out that an artist like Tyeb Mehta never made any direct earnings from the auction sales, though it has raked in crores (in 2018, his painting, Kali, was purchased anonymously for over ₹26 crore) and put him on innumerable records. “A percentage should come to the artist every time their work is sold,” she says, along the lines of what Artist Resale Rights has achieved in Europe, the UK and California. “But, currently, there’s a sense of helplessness; we must form at least an artists’ union.”

Anas Rahman Junaid, who heads Hurun India, the organisation that brings out the annual list, says he’s been closely observing the transitioning of India’s entrepreneurial landscape from being largely run by family businesses, to the era of new-age entrepreneurs and their revolutionary business ideas. “Rapid advancements in technology have enabled the ‘millennial entrepreneur’ to show great enthusiasm towards this new economic culture,” he says, adding that auction prices follow the ‘trickle down theory’ and affect gallery prices as it indicates global acclaim of the artworks. “I believe that the next decade presents a great opportunity for India to reposition herself. My continuing mission for the Hurun report is to find these synergies and contribute value to the entrepreneurial landscape.”

Technology is one of the ways open to artists to keep track of their work and get just rewards. Mumbai-based artist Santanu Hazarika believes blockchain will dismantle the culture of gatekeeping in a bid to empower artists. If the authentication of artworks can be digitised — with blockchain keeping track of sales automatically — it would be easier to ensure a percentage goes to the artist as royalty. At present, several international NFT platforms, such as SuperRare, offer this. Artists get 5%-15% royalty every time their artwork is resold. However, he says, it’s still early days in India. “We will have to wait and watch, as it is a growing market that needs many kinks to be ironed out. For instance, the difficulties around obtaining authentication certificates when the artist is no more. Or tracing the provenance of artworks that have been resold more than once.”

Auction houses, however, are more cautious. “It is true that an NFT is inscribed on a blockchain and so the provenance history is forever publicly accessible. But to date auction houses cannot offer NFTs all around the world, as there are no general guidelines in place, which would include the question of copyright,” says Klein. Christie’s pioneered NFTs in the global auction market and is leading this category with $93.2 million in sales this year.

Meanwhile, the lists will continue. And whether we take them as definitive voices celebrating wealth creation or not, as Junaid points out “most newcomers to the art world almost always refer to a power-list”. It’s up to us how best we utilise them and what conversations we push forward.

“My father Krishen Khanna [number 2 on the list] was happy to hear he was featured. His words to me were: ‘Technically I am number one because Anish Kapoor is not living in India!’ I would say that such lists help us get an aggregate notion of the art market,” says Karan Khanna, the artist’s son.

“I think technology will be very useful to make the implementation of the resale rights law feasible. In countries that do currently have this, oftentimes the process of locating the artist or rightful heirs can be a tedious process. The right technology should make it an easier process,” says Parul Vadehra, director, Vadehra Art Gallery.

Rajagopalan is sceptical of NFTs working for physical art. “The only thing they do is allow for blockchain-based provenance. But it is flawed because the whole point of an NFT is that you can replicate them. Artists can issue multiple NFTs for the same artwork; the system won’t stop that. So the usage is not going to be in the art world, but as fractional in a purely immersive digital world,” he says. That said, several artists are playing with the concept of NFTs already. Last month, British contemporary artist Damien Hirst kickstarted an experiment that makes collectors participate in a work of art. He dropped 10,000 signed, dated, and titled artworks, each priced at $2,000. Collectors received a digital artwork of the original, attached to an NFT. Now, after two months, they can either choose to redeem the NFT for the physical work (at which time, the digital work and the NFT will be destroyed), or hold on to it. As the final step, a year on, Hirst will exhibit any unclaimed work and then destroy them. The whole experiment looks at holding, buying and trading of artworks. 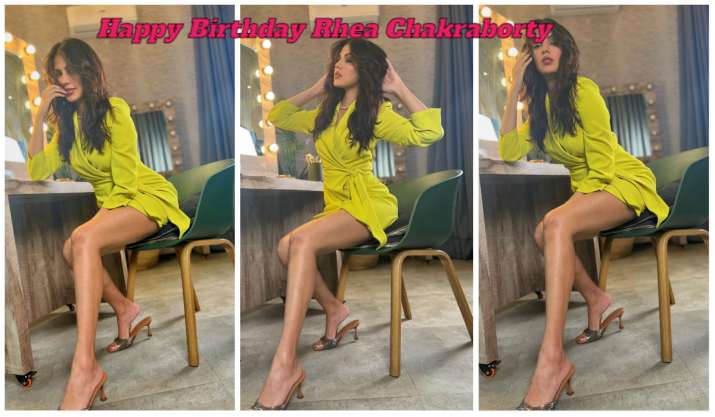